Light In The Wire 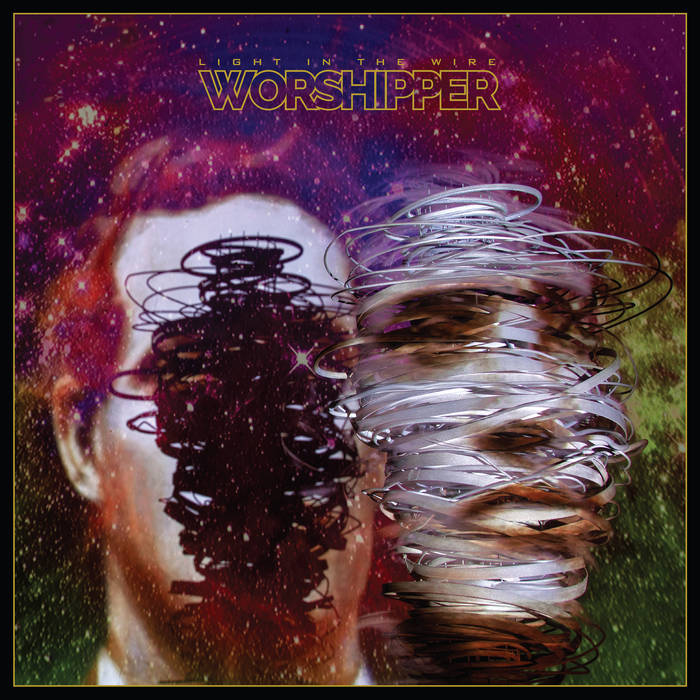 Get Off This Planet

Whatever frame you want to give it, Worshipper’s story is one of growth. What started four years ago with a couple digital singles has blossomed -- yes, blossomed -- into an expansive and individualized sound that’s like nothing else in heavy rock and roll. With patient and graceful songwriting, and thoughtful, detailed arrangements, the Boston-based four-piece bring something new to the hordes of those building altars to the capital ‘r’ Riff. Their second album, Light in the Wire, presents a progressive vision that’s not just about “oh hey we threw a keyboard on some guitar,” but instead bleeds into every melody, every smoothly-delivered rhythmic change, and every performance captured on the recording.

Worshipper’s first album, Shadow Hymns, came out in 2016 on Tee Pee, and they followed it with the 2017 covers EP Mirage Daze, a four-song jaunt exploring influences like Pink Floyd, The Who, Uriah Heep and doom rockers The Oath. That release gave new context to Shadow Hymns, and it informs Light in the Wire as well, though with the new LP, Worshipper are most recognizable as themselves.

Led by would-be-reluctant-were-it-not-for-all-that-pesky-stage-presence frontman John Brookhouse (guitar/vocals/synth), with Alejandro Necochea on lead guitar/synth, Bob Maloney on bass and backing vocals and Dave Jarvis on drums, Worshipper recorded Light in the Wire with Chris Johnson (also of Deafheaven, Summoner, etc.) at GodCity Studios and The Electric Bunker. Their intention to capture a sonic narrative has resulted in a fluidity tying the two sides of the album together even as individual pieces stand out with a sheen of classic heavy metal, rock, psychedelia and prog. At the center, always, is the crafting of the songs themselves, so that each verse isn’t simply a placeholder for the next hook, but a statement unto itself, and each solo drips soul rather than devolving into a needless showcase of wankery.

Light in the Wire not only sees Worshipper grow as songwriters and performers, but it expands the palette they’re working with to do that. A stage-born chemistry pervades their musical conversation, but even more, the confidence with which they take on darkness and light, weight and drift, brings into focus how faithworthy their sound has become. They may push farther still, but hearing Light in the Wire leaves no question of their realization.

Whatever frame you want to give it, Worshipper’s story is one of growth. What started four years ago with a couple digital singles has blossomed -- yes, blossomed -- into an expansive and individualized sound that’s like nothing else in heavy rock and roll. ... more

Bandcamp Daily  your guide to the world of Bandcamp

New sounds from Mavi, Ivy Sole and Moderator, plus AJ The One joins the show, for her latest release